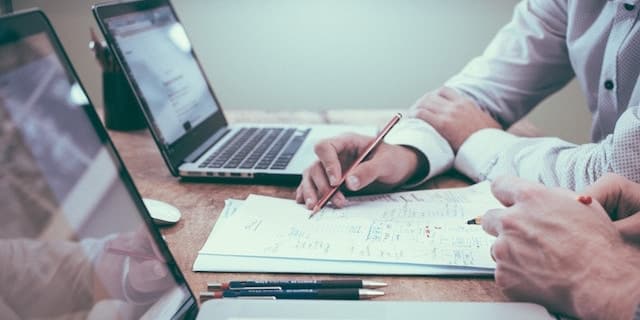 Backend-as-A-Service: What It Is, How It Works, and Where It’s Going

As demand increases for enterprise apps, so does the parallel need for rapid development.

Companies are continually pushing their developers to produce apps and other enterprise software faster without sacrificing quality.

BaaS, or “Backend as a Service”, is one tool software developers use to meet those demands.

BaaS, also known as mBaaS (mobile Backend as a service) is a middleware approach in which APIs (unified application interface) and SDKs (software developer kits) are used to connect applications to cloud-based backend services rather than building a backend on a client’s own on-site servers.

Simply put: SDKs and APIs connect the frontend to the backend via the cloud.

BaaS takes an “API First” approach. APIs are built first, then serve as the base for building different platforms (like Android or iOS).

Because the backend is provided in the cloud, the client doesn’t need to purchase, build, and maintain their own hardware.

BaaS also allows for management and in-app features like:

Setting up BaaS is both quicker and easier than building out a traditional backend.

Many tedious or low value tasks involved in backend development are common to most apps.

BaaS seeks to automate most of these. It can be set up in a matter of hours rather than spending weeks writing a regular backend.

Freed of the backend burden, developers can focus on frontend quality. They create the MVP faster, so companies are quicker to realize ROI.

The overall development process is typically half the length of a traditional development approach. In some cases, it’s a mere 25% of the usual time requirement.

Some of this can be attributed to the fact that a shorter development timeline means fewer labor hours, but it isn’t the only relevant factor.

The learning curve for the technology is gentle, too, so less experienced team members can set it up while senior developers handle more complex components.

Hardware is another point of savings. Companies don’t need to build new servers; their app data is stored securely by the BaaS provider and accessed through the cloud.

Besides the lower initial investment, companies can scale their app as it grows without adding more hardware.

All they have to do is upgrade their subscription plan.

When everything is considered, the cost of a software development project can be reduced up to 80% using a BaaS.

BaaS to the Future

BaaS is relatively new but growing in popularity with developers as it matures.

All this makes BaaS a solid option for building reliable, economical enterprise apps on a tight schedule.

There have been some high-profile failures in the past that damaged public trust. Parse is probably the most recognizable.

It supported over 60,000 apps when Facebook bought it in 2013, but by 2016 Facebook announced it was open sourcing Parse in preparation for a shutdown.

Parse hadn’t been able to establish a reliable revenue stream to compensate for the features it offered.

Even before Parse shut down, though, other options embraced profitable business models that allow them to sustain themselves while still saving clients money over traditional backend solutions.

Today’s providers like Firebase and Appcelerator are more reliable than the early options.

With the fear of platform collapse eased, consumer trust in BaaS has returned in a big way.

The global market for BaaS is projected to reach $31.6 billion by 2020. Major companies like Mitsubishi Electric and Avis Budget Group use BaaS for their mobile apps.

Look for increased growth as the general focus on mobile technologies intensifies.

Concepta is proud to use BaaS technologies like Appcelerator to cut development timelines and create stunning apps on a surprisingly reasonable budget. To find out more, schedule your free consultation today!