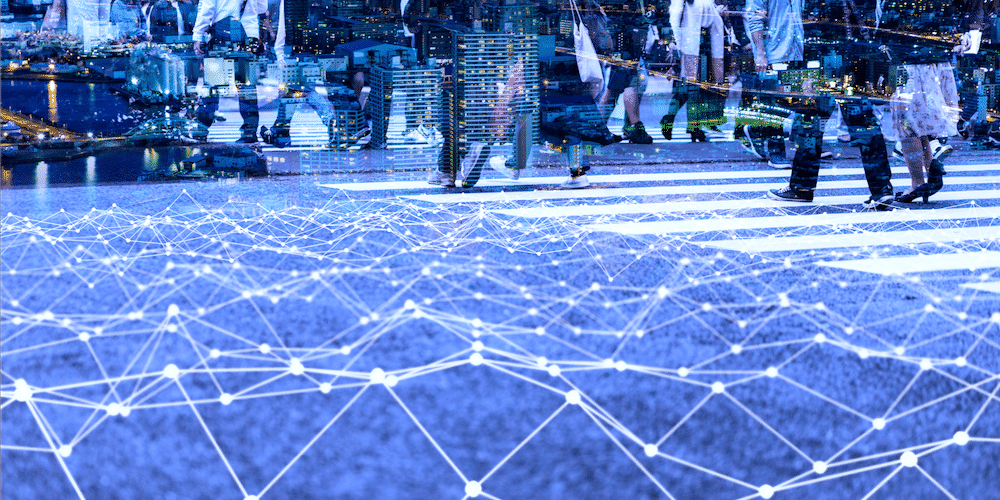 NearDB is an emerging tool designed to provide an enterprise-oriented solution to computing’s latency issues.

As the presence of smart devices in everyday life grows, edge computing gains importance as a way to build fast, responsive applications.

There’s a problem, though. Applications that run on the edge but access data from the origin still create high network latency.

Developers have a bag of tricks for getting around this, and there’s another on its way: NearDB. Created by Concepta’s own Leo Farias, NearDB aims to provide an enterprise-oriented solution to computing’s “data dilemma”.

What is Edge Computing?

Edge computing is exactly what it sounds like: computing that happens near the client.

Specifically, computation is done mostly or entirely on distributed device nodes rather than being routed back to a centralized cloud.

It represents a shift in thinking from the “all-cloud” trend.

The change is driven by the rising popularity of IoT and smart devices, which demand both rapid calculations and a high quality user experience.

What Does Edge Computing Offer?

Speed is the main reason developers turn to edge computing.

It’s key to creating technology that helps users rather than being another source of frustration.

To understand why edge computing is so much faster, think about network latency.

Network latency is the amount of time required for a message to travel from a sender to the intended receiver.

It’s a function of distance over the speed with which the signal propagates.

Data transport is extremely fast. It travels at ⅔ the speed of light in a vacuum, moving through fiber at 200,000,000mps.

However, there’s a misconception about how data travels. It doesn’t flash straight from point A to point B.

Instead, data moves from node to node, and its path may seem counterintuitive.

It may have much farther to go than the straight linear distance between two points.

If an application can do some or all of its computing on the host device (or maybe a nearby node), the distance data has to travel is greatly reduced.

One of the best examples of this is the “HTTPs Problem”.

Handshakes are necessary for secure applications, but they require multiple round trips. That can slow the application’s performance significantly.

Edge computing allows the handshake to happen on the edge, so round trips become much faster.

Running Applications on The Edge

There are many ways to run an application on the edge:

Software is used to manage traffic levels across a connected series of geographically distant servers.

Used on content delivered by Cloudflare, this allows Lambda functions to be executed in Amazon Web Services (AWS) locations closer to the viewer.

Service Workers run on Cloudflare’s edge instead of within a browser.

These applications put data where it’s needed most- in the hands of people going about their daily life. However, they all share a common weakness: distance from central data.

When computing on the edge, where is the data?

Edge applications don’t operate in a vacuum. They need to access data from the edge as well.

That means data has to be replicated globally since an edge application that accesses the data from the origin still creates high network latency.

There are some popular distributed database solutions, including:

They have issues, though. Distributed databases have extremely high costs, 2-5 times the costs of a single region database.

Storage is expensive, as well, and they cover a relatively small portion of the planet (around 5 regions at best).

Why not leverage CDNs and cloud storage solutions to host a simple document DB?

This is the idea behind “NearDB”, a simple document database made for inﬁnitely scalable globally distributed reads.

The stack is simple and effective:

NearDB has the edge in two key areas: speed and cost. It could potentially be the most scalable globally distributed database in the world.

The tool does have some weaknesses. There’s no consolidation algorithm- writes always happen in the origin.

There are no transactions (yet). Also, indices and collection query are a concern. They can be done, but without transactions it becomes very risky.

NearBD is still under development. It’s potential is intriguing, though.

Edge computing is where technology is headed, and NearDB just might be the right tool to make it more effective.

NearDB is just one way Concepta’s team of expert developers are working to improve enterprise technology. To find out how we can leverage our skills to meet your business goals, set up a free consultation today!