Is JSON Schema the Tool of the Future? 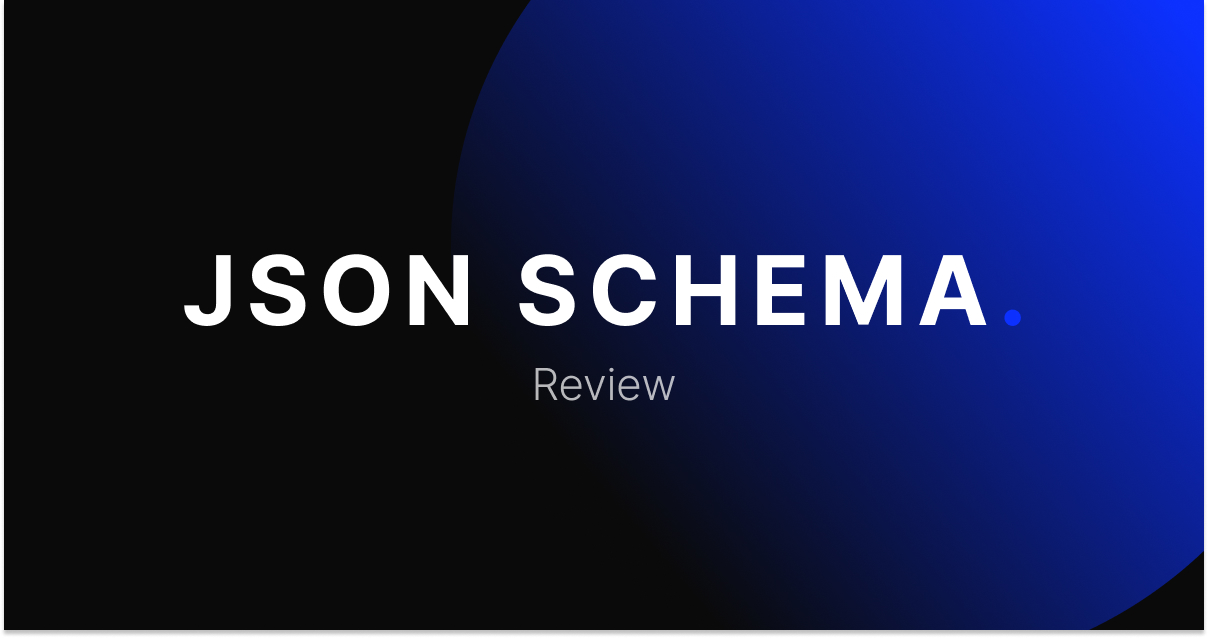 JSON Schema is used to describe the structure and validation constraints of JSON documents.

Some have called it “the future for well-developed systems that have nested structures”.

There’s some weight to those claims; it’s definitely become a go-to tool for those who get past its steep learning curve.

JSON, which is the acronym for JavaScript Object Notation, is a lightweight data-interchange format.

It’s easy for humans to read and write, and equally easy for machines to parse and generate.

JSON Schema is a declarative language for validating the format and structure of a JSON Object.

It describes how data should look for a specific application and how it can be modified.

There are three main parts to JSON Schema:

This is the specification where the terminology for a schema is defined.

The JSON Schema validation is a document that explains how validation constraints may be defined. It lists and defines the set of keywords that can be used to specify validations for a JSON API.

This is where keywords associated with hyperlinks and hypermedia are defined.

What Problem Does JSON Schema Solve?

Schemas in general are used to validate files before use to prevent (or at least lower the risk of) software failing in unexpected ways.

If there’s an error in the data, the schema fails immediately. Schemas can serve as an extra quality filter for client-supplied data.

Using JSON Schema solves most of the communication problems between the front-end and the back-end, as well as between ETL (Extract, Transform and Load) and data consumption flows.

It creates a process for detailing the format of JSON messages in a language both humans and machines understand. This is especially useful in test automation.

The primary strength of JSON Schema is that it generates clear, human- and machine-readable documentation.

It’s easy to accurately describe the structure of data in a way that developers can use for automated validation.

This makes work easier for developers and testers, but the benefits go beyond productivity.

Some developers feel it’s hard to work with, dismissing it as “too verbose”. Because of the criticism, it isn’t well known.

This is a weakness common to schemas, though, and depending on the project it may be outweighed by the benefits. It’s also worth considering that JSON Schema has features that keep the size expansion down.

For example, objects can be described in the “definitions section” and simply referenced later.

What Else Is There?

Some developers prefer to use Mongoose, an Object Document Mapper (ODM) that allows them to define schemas, then create models based on those schemas.

The obvious drawback is that an extra abstraction layer delivers a hit to performance.

Another option is Joi, a validation library used to create schemas for controlling JavaScript objects. The syntax is completely different, though, and Joi works best for small projects.

Sometimes developers jump into a new MongoDB with a very flexible schema. This inevitably dooms them to “schema hell”, where they lose control as the project grows.

When JSON Schema Is the Right Choice

Performance is undeniably important. However, there are times when the cost of recovering from mistakes is far higher than the cost of taking the speed hit that comes with schema validation.

For those times the performance drop isn’t large enough to justify the risk of bad data entering the system, and that’s where JSON Schema comes into play.

JSON Schema is proving itself as a development option, but there’s no single “best tool” for every project. Concepta takes pride in designing a business-oriented solution that focuses on delivering value for our clients.