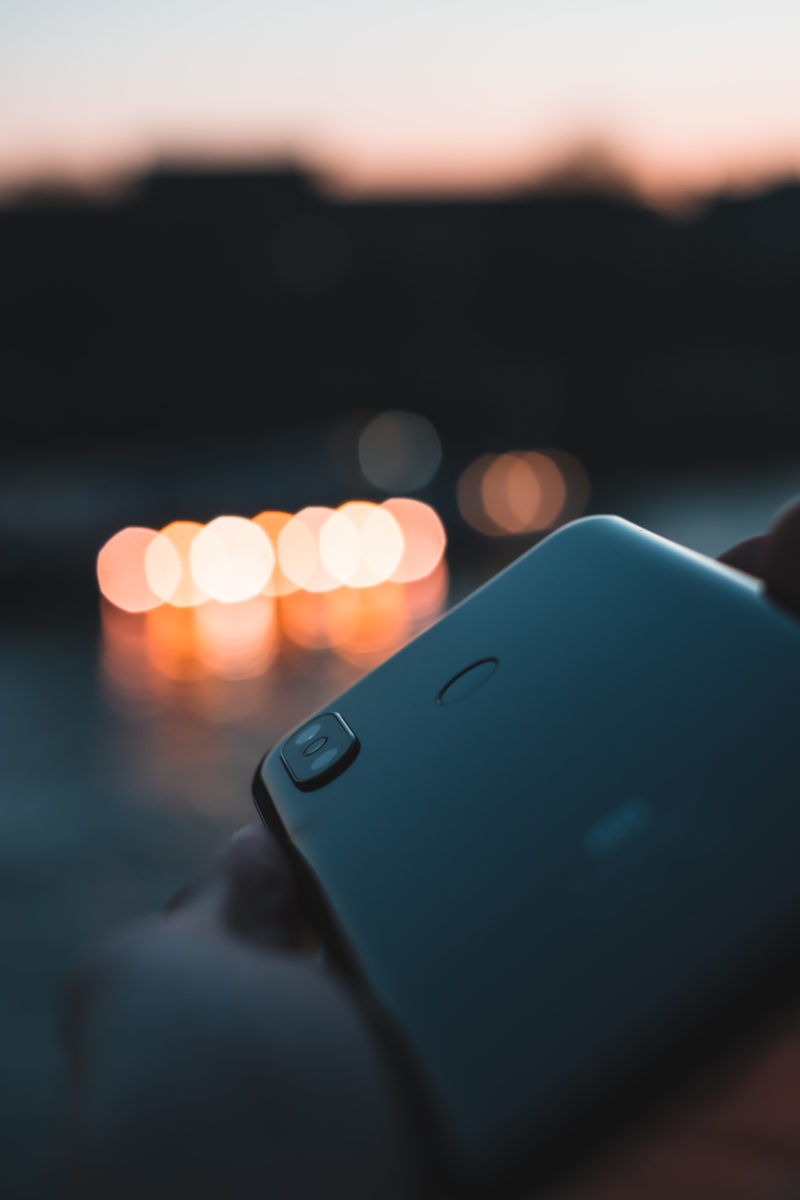 The average American spends over three hours a day on their smartphones (not including calls) and companies are pushing to gain a share of that time.

As mobile continues to work its way into daily life, the technologies rising to the top are ones that make that constant usage easier and more enjoyable.

It should come as no surprise that practicality, good user experiences, and convenience are the keys to winning public support in the next years.

Consumers expect their smartphones to do more than take calls and check email. They want more connectivity with the world around them, and they want that connection to be as safe as it is convenient.

To that end, here are the trends driving mobile developers lately:

Users share more personal data with apps than ever before.

At the same time, there’s enormous pressure to put apps out fast enough to keep up with consumer demand. Data breaches can be caused when companies rush development - and the risks are only rising.

In 2018 experts began tracking so-called “mega breaches”. These are cases where between 1-50 million records are breached, and they’re becoming more common as the Internet of Things (IoT) makes more user data available.

Alarmingly, 10 out of 11 of this type of breach are caused by malicious actors as opposed to technical errors. That shifts the focus from passively securing connections to actively preventing criminal intrusions.

In your next project, look for developers to emphasize security from the beginning, with encryption throughout and automated testing at regular intervals. Artificial intelligence will also be on the rise for mobile security applications.

2019 will bring the first major wave of 5G phones and wireless networks to urban areas. AT&T, which switched on their 5G wireless network in 33 cities last year, will add more to reach nationwide coverage.

Sprint announced a 9-city 5G presence in the first half of the year with potential for wider coverage depending on how fast they can build out their infrastructure.

There were some test programs and small-scale rollouts from Verizon and AT&T last year, but without the right devices to handle it those haven’t done much more than raise excitement.

Now Sprint, Verizon, AT&T, OnePlus, and LG have all announced 5g-ready smartphones to be released this year.

Why is 5G so exciting?

For one thing, it’s fast.

Users will be able to download movies and apps in seconds rather than minutes, and streaming mobile video will be as fluid as watching at home.  C

arriers are warning that it’s only a little faster than 4G outside cities, but it’s still a major improvement considering how well it handles high-resolution media.

Latency is another major draw. 5G’s incredibly low latency- under one millisecond- will let multiple devices communicate quickly enough to respond to the real world.

Experts are primarily thinking of self-driving cars and drones, but the technology will also take mobile gaming to a whole new level of user experience.

5G is about more than smartphones, though. The technology is part of an overall shift towards improving the wireless infrastructure to support the growing Internet of Things.

AMP is a set of protocols focused around HTML, JS, and a Google Cache that boosts the performance of mobile pages.

AMP-compliant pages load twice as fast as normal pages and perform well across a variety of devices and signal ranges.

With their higher availability and faster loading times, pages that use AMP have lower bounce rates and longer average session times.

Users also find AMP pages easier since Google places them in a special carousel at the top of search results.

That’s very tempting for companies looking to increase their site traffic (and who isn’t?).

There are some functionality limitations to AMP, but for basic pages those limits are outweighed by the speed and SEO preference.

Look for companies to continuing moving some of their customer-facing content to AMP throughout the year.

The barrier to adoption for a lot of apps is the download requirement.

People only have so much memory on their smartphones, and they hesitate to download apps that could just sit unused on their phones.

That’s not an unrealistic fear: only 20% of apps are opened again after the first use.

Surveys show that 75% of consumers feel more comfortable using apps with helpful reviews or screenshots, but Instant Apps take that a step farther.

Users can access them directly from the Google Play store without downloading.

Companies don’t need to build separate instant apps to take advantage of the trend, either.

Since they’re effectively features of an existing app (for example, the map section of a store app) which are used independently via a website, they use the same APIs and source code.

Developers only need to update their existing apps for Instant App functionality.

Updating for Instant App compatibility can take as little as a single day.

Instant Apps have become available on over 500 million devices worldwide since launching.

With satisfied customers including Vimeo, The New York Times, and the Wal-Mart owned shopping service Jet, it’s a sure bet that they will continue to rise in popularity.

Digital payment options are seeing a slow but steady transition to the real world. 2.1 billion consumers worldwide will use mobile wallets to make payments, a 30% increase.

Mobile payment has already become commonplace in China and India, where some stores accept nothing else.

Outside those markets mobile payments have been slower to grow, though they’re still gaining ground. In 2018 20% of Americans were using mobile wallets and payment options.

Experts predict that number to rise nearly 40% over the next year as mobile security improves enough to lend consumers confidence in the technology.

The leading general-purpose mobile payment systems in America are Apple Pay, Google Pay, and Samsung Pay. At least half of US retailers accept these, which makes it easier for consumers to leave their wallets at home.

The Starbucks app’s mobile payment option saw over a million more users than Apple Pay in 2018, and over twice the number of Google Pay users. It will be interesting to see how this develops.

Mobile AI is being fueled by edge computing and the rising demand for on-device processing.

A variety of mobile applications which were once unreliable are now maturing into enterprise readiness.

Technology has become a constant, reliable presence in daily life, and nowhere is that more obvious than with wearable devices. Users enjoy having increased control and persistent access to their data.

Most wearable devices on the market are smartwatches, with fitness trackers close behind. The category is broad, though.

As a whole, the category is growing faster than predicted last year. It’s expanded from 84 million units in 2015 to an estimated 245 million units this year.

With companies like Apple offering products for a wide range of consumers and Google rumored to be working on a new wearable, this is definitely something to watch.

Although Augmented Reality has been tossed around for years, it’s coming into its own as a mainstream feature.

Both Google and Apple have released toolkits (Google’s ARCore and Apple’s ARKit) that make it possible for more businesses to take advantage of AR features.

The enterprise applications of AR are as varied as businesses themselves. One exciting use-case is the IKEA Place App.

IKEA has 411 stores in 49 countries, but for many people visiting a showroom still requires a road trip and significant planning. Enter IKEA Place, an Augmented Reality application that displays furniture at scale over a live camera image.

Users can then see how catalogue items will look in their home and whether larger furniture will fit. AR is seeing a rise in usage in fields like healthcare, engineering, and real estate as well.

Industry analysts predict that the AR market will reach $108 billion in revenue in 2020.

Beacon technology isn’t new. It’s been drifting around for a while in highly niche use cases, but it’s beginning to find its place as mobile technology becomes more advanced.

The idea of beacons is simple. A Bluetooth transmitter emits a signal visible only to compatible devices within a limited range. Smartphones with the right app can pick up that signal to receive timely, location-specific information.

Beacon locations are much more accurate than other locational data, which creates opportunities for more tailored interactions. Some examples:

Since the technology has been around, what will expand in 2019 is the number of beacon-oriented apps for smartphones, wearables, and other connected devices.

Right now, that means staying on top of mobile trends.

Mobile development is one of the biggest enterprise priorities of the next era.

Companies need to be where customers are, when customers need them, and that means going mobile.

With that in mind, Concepta recommends investing in a right-sized mobile presence.

It takes some planning, but sound mobile development is a solid path to winning new customers and improving the overall customer experience.

In the long run, that’s a competitive edge that pays off.

Interested in how these trends can help grow your business?

Get a free consultation with Concepta’s experienced developers to explore your options!