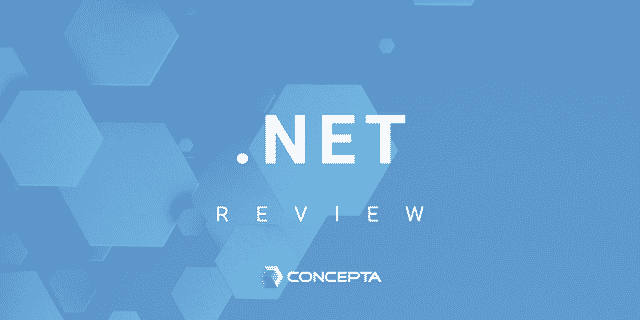 .Net is a highly consistent, open source, cross platform software development framework. It was created by Microsoft to build, deploy, and run applications in Windows. Generally, .Net is considered the best platform for developing Windows applications.

A software development framework is a universal, reusable workflow environment for developing software.

What problem does .Net solve?

Developers use .Net to build and deploy dynamic modern Windows applications and XML services across devices and environments.

.Net is easy to write and maintain. It has a comprehensive toolbox including WYSIWYG (What You See Is What You Get) editing as well as drag and drop tools.

These convenient features boost developer productivity. (It doesn’t hurt that developers can update on the go without restarting the server.)

There’s a lot of resources to support .Net usage.

The framework has a healthy library of code that covers most functions. .Net’s comprehensive library reduces the size of an application’s code base, making large applications more manageable.

Because it’s a mature, well-maintained framework, all tools and IDEs are pre-tested and easily available in the Microsoft Developer Network.

The security model is overall intuitive and easy to implement, making it less likely that programming errors will compromise the final software’s security.

Programmers appreciate that .Net is multi-language compatible. They can write in 25 languages including C#, F#, or Visual Basic.

One of .Net’s biggest draws is that it’s a cross-platform tool. Using it, developers can create apps for a range of devices and environments. .Net apps will run across Windows, Mac, and Linux.

There are some drawbacks to using .Net. For one thing, the managed code that makes it a cross-platform tool affects performance.

Managed code is inevitably slower than native code and requires more resources (it has to be interpreted).

Some developers are wary of .Net’s dependence on on Microsoft. Vendor lock-in can lead to trouble if anything happens to the vendor.

While Microsoft isn’t likely to go under anytime soon, it’s still something to consider.

It’s also true that .Net has limited object-relational (OR) support. OR support is available only for the Entity Framework.

Finally, migrating to .Net can be expensive. The cost can be minimized by avoiding the use of licensed tools.

Java is another popular tool for developing cross-platform technology. It focuses hard on the (slightly misleading) “write once, run anywhere” philosophy.

As a result it’s used for a wide variety of applications while .Net tends to be used mainly for Windows despite its cross-platform capabilities.

Web Services Support is built into .Net but is an add-on for Java. However, Java offers options for IDEs while .Net has only Microsoft Visual Studio (MVS is very comprehensive, so this isn’t as big a limitation as it might seem).

Bottom line: Java is more portable with better OR support, but .Net is better secured against breaches and regarded as easier to write by many developers.

Right now, .Net is used by many well-known high traffic sites including:

Java is pulling slightly ahead of .Net in terms of demand for skills. With the release of .NET Core, though, .Net is holding steady instead of falling in popularity.

Microsoft keeps it well-maintained, too. Users can rely on updates to address security issues which are rising in prominence, and the ASP.NET stack has been overhauled for more modern development practices.

Combined with .Net’s general easy of use, these factors should see .Net hang onto a healthy share of the market despite Java’s rise in use.

Is your company planning to develop a cross-platform mobile or web application? Set up a free consultation with Concepta’s team of experienced developers to discuss how .Net and other technologies could fit into your stack.