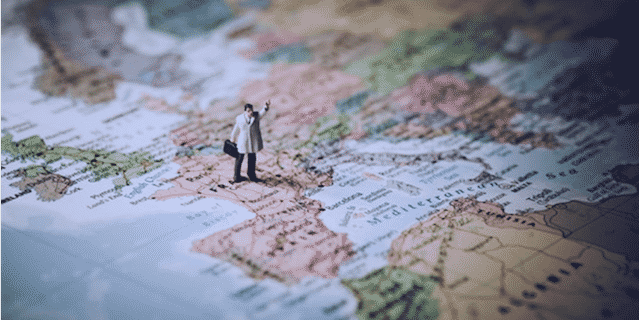 Outsourcing Challenges Around The World

Outsourcing software development is a necessity for businesses who want to get ahead of the technological curve. It’s impractical for a company to create every app and tool necessary for digital transformation efforts in-house, especially not when there are firms with experienced teams ready to tackle those projects for them.

Where many stumble, however, is in choosing which development company to trust with their digital future. Too often price is seen as the most important factor.

It’s thinking like this that drives companies to outsource their software development to areas of the world with favorable exchange rates. For a growing number of businesses, that choice is leading to disaster.

That’s not to say that international outsourcing is always a bad idea. There is a real opportunity to get quality, low-cost software development overseas - as long as companies are prepared to take on the additional challenges that come along with this strategy.

Read on for a look at four popular outsourcing destinations and the unique challenges they present.

Western companies have been drawn to Indian software developers since as early as the 1980s. There are strong benefits to outsourcing to India, though low cost is easily the biggest draw.

The savings arise from how much stronger the US dollar is than the Indian rupee. Right now the US dollar is worth a little over 65 rupees. As a consequence hiring developers is much cheaper.

Price isn’t the only motivating factor for Indian outsourcing, of course. India has an enormous workforce available for hire.

Around 5 million people across the country list their profession as “software developer” or “engineer”.

Why so many? Those working in the tech industry command four times more pay than those with positions at similar levels in other fields.

The relatively high salaries drive the idea that tech careers are the surest path to a prosperous future. Many of India’s best and brightest learn to code to gain skills that make them more employable internationally.

Working with Indian developers offers options for flexible scheduling as well. The time zone difference between America and India is approximately 9 hours, depending on location.

Indian developers work the bulk of their time opposite American business hours. This is highly conducive to productivity since work will be ready for clients to review and approve when their business day begins.

Challenges of Outsourcing to India

Despite the lower price and large workforce, outsourcing to India carries some very real risks that have become more common over the last few years.

First and foremost are concerns over weak technical skills. There may be a deep pool of available developers, but that doesn’t necessarily translate into the average developer being good at their job.

This is an unfortunate side effect of the disproportionately high salaries in the tech industry. Some young Indians go into software development just to get a good job or comply with family pressure.

They may have little passion for the work. That apathy leads to a lack of innovation and a desire to follow stale routines just to get the job done.

A study by Aspiring Minds, a company that evaluates employability, found that 95% of the Indian developers tested lack the most basic programming skills.

The study assessed 36,000 students from 500 colleges. Less than 5% could write the correct logic for a program, and two thirds couldn’t even write code that compiled.

Bugs might not be caught before release, either. Some Indian software developers struggle to maintain consistent quality control across the lifespan of a project because of unusually high employee turnover.

That might be surprising given how many developers are looking for work, but it makes sense considering India’s typical benefits structures. Pay starts out higher for engineers than for other fields, then stagnates quickly.

Raises aren’t common without promotions. It’s common practice to leave a position every 2-4 years for another job instead of waiting for a raise that probably won’t come.

Companies find it difficult to remain consistent and keep good quality control when their team is constantly shifting.

Puerto Rico is a hidden gem when it comes to technical talent. It’s been a territory of the United States since 1898 and falls under most federal regulations, so companies there are very experienced with following regulatory guidelines.

Work done there is protected by the same intellectual property laws American companies use.

Many Puerto Rican developers were trained at branches of American colleges, meaning their quality standards are familiar (and high).

The country is close to the American mainland, too. Travelling there to meet with potential partners is inexpensive and relatively short.

The cost of living is lower in Puerto Rico than in the United States. Developers earn around $55,000 annually compared to the American average of $101,000.

Though this isn’t as steep a difference as seen in farther countries, it’s still a considerable discount. The government compliments this with generous tax incentives for companies who outsource.

Challenges of Outsourcing to Puerto Rico

Besides the comparatively lower savings, there are some other drawbacks to using Puerto Rican companies. There are different standards for business ethics at the corporate and government level.

Companies will want to explore those before committing to be sure they’re staying in line with their own operational strategy.

It’s also worth mentioning that the country is prone to hurricanes that sometimes disrupt electrical service. After Hurricane Maria in 2017, two thirds of the country was out of power for an extended period.

It didn’t affect international business as severely as local residents since those companies often had the political pull to get their power back on sooner (or used generators and contingency locations). Still, weather remains a potential risk.

Located just north of Greece, Bulgaria has distinguished itself in recent years as a leader in IT outsourcing. It’s ranked first in popularity within Europe and ninth in the world for outsourcing.

The country’s highly educated workforce is behind much of its appeal as an outsourcing partner. Over half the adult population has a college degree.

Bulgaria has an impressive 99% literacy rate with 45% of citizens speaking at least 2 languages. 85% study English and 25% speak it fluently.

Among the technical community Bulgarian software developers have an excellent reputation for their deep knowledge of programming languages.

While planning for their entry to the European Union the Bulgarian government made regulatory reforms which have standardized some business practices.

These include increased protections for data and intellectual property that were lacking in the past.

Bulgaria lies within a two hour plane journey of most major European capitals. The local cultural traditions are similar enough to their European neighbors to limit misunderstandings between American and Bulgarian companies.

Challenges of Outsourcing to Bulgaria

Bulgaria is close to Europe, but far from the United States. It’s 7 hours ahead of the Eastern Standard Time Zone, which leads to the same kind of problems with communication oversight seen in India or Asia.

Business protections have increased, but they still may be complicated to navigate. For example there is no specific regulation for the outsourcing of IT processes, including for cloud services.

Also, clients are legally liable for actions taken by their outsourcing partners, even without their knowledge. The loose guidelines for outsourcing mean contracts must be exceptionally thorough and specific.

When it comes to savings, Bulgaria is only a little cheaper than America. A Java backend developer can expect to make around $42,000 USD annually.

Wages were lower in the 90s, but the local cost of living is going up as international investment rises.

IT outsourcing is a growing field in the middle East, with Egypt as the most prominent example.

Egyptian colleges and tech schools have a strong focus on IT skills, leading to a larger talent pool than found in other countries in the area. Also, 35% of the general population speaks English.

Price is probably the biggest advantage of working with Egyptian developers. Egypt has the lowest relative cost of living in the world.

Though the cost is low, quality is still good. Egypt’s wide IT talent pool is heavily skewed towards young, educated workers with international-level skills.

The combination of low price and good quality has even drawn branches of major Indian development companies to open branches there.

Challenges of Outsourcing to Egypt

The political situation in Egypt is volatile and has been for some time. That can disrupt projects. There’s also the potential hazard of becoming mired in political red tape cause by the general uncertainty.

Weak intellectual property protection is the second most pressing concern. Egypt technically has laws against IP violations but they’re not well enforced.

The country is on international watch lists for IP violations, which tend to be geared towards entertainment software and pharmaceuticals.

Worse yet, foreign companies generally lack the pull to get government intervention when there are violations.

Being in the Middle East means there are the usual disruptions due to time zones and the difficulty in overseeing operations in a timely manner. Egypt is 6 hours ahead of America, which is just enough to cause problems.

Impact on the Bottom Line

When all things are considered, the lower price of offshore development can be deceptive.

What seemed like a low bid quickly balloons out of control. There are many hidden costs to consider, including:

As a practical note, it’s possible to use a domestic agency to ensure the project gets done within time and budget constraints.

There are several who specialize in a specific region and can serve as regular intermediaries.

This eliminates many of the risks since the actual developer wants to maintain a relationship with the domestic partner and is therefore more motivated to provide better service.

At Concepta, we use carefully screened offshore partners to keep costs low while serving as a “bridge” across the risks. Schedule a free consultation to learn more about this balance between budget and quality.