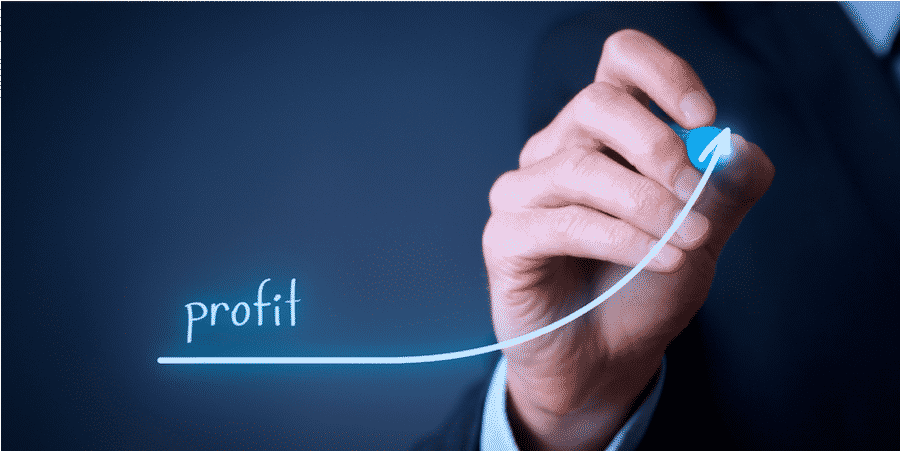 Of all the artificial intelligence applications making their way into enterprise, one of the most effective is predictive analytics.

It has the potential to transform the decision-making process from something based on “gut instincts” and historical trends to a data-driven system that reflects actual current events.

Those who have adopted it are outperforming their competitors at every turn.

Some organizations still hesitate to launch their own predictive initiatives. Artificial intelligence has been a buzzword for decades, and many times in the past it failed to deliver on its promises.

Executives with an eye on the bottom line might avoid any kind of AI technology out of understandable skepticism.

That hesitation could be holding these companies back. Predictive analytics has matured into a viable enterprise tool. It’s being used all over the world to find opportunities for growth.

The impact is so striking that 71% of businesses are increasing their use of enterprise analytics over the next three years.

Read on to learn more about predictive analytics, what it offers for enterprise, and how it can drive a measurable increase in revenue.

What Does “Predictive Analytics” Mean?

Predictive analytics is the practice of analyzing past and present data to make predictions about future events.

Technically it can describe any process that seeks to identify the most likely scenario by drawing parallels between historical and current conditions, then placing those conclusions in a modern context.

Analysts look at what happened in the past when conditions were similar and how certain events played out. They assign more weight to factors which have tended to be more influential or which have greater potential for an extreme outcome.

Most people assume predictive analytics is a recent invention, something that arose after computers established their role in enterprise.

In reality, businesses have been relying on it since the late 1600s, when Lloyd’s of London began applying the practice to their shipping insurance estimates.

Many updated versions of those models are still in use for industrial shipping and route planning.

Non-intelligent methods have limitations, though. They only consider factors users decide to include, so there’s a heavy likelihood of human error and bias.

It also takes time to perform the calculations. By the time they’re done and put into use the data is already becoming outdated.

The modern style of predictive analytics incorporates artificial intelligence and machine learning. It allows users to include many more variables for a broader, more comprehensive analysis.

The process highlights unexpected connections between data and weighs factors with greater accuracy. All of this can be done with a short enough timespan to create timely, reliable insights.

The Intersection of Science and Enterprise

AI and machine learning have exciting potential, but like all emerging technology they require investment. Global brands like Google might have the resources to shrug off a failed project.

For the majority of organizations, though, there has to be a reasonable expectation of profit to consider launching a technology initiative.

Successful enterprise leaders aren’t reckless with their IT budgets. They focus on actual business goals and source technology that addresses those instead of trying out popular new tools.

A smart executive’s first question about a new tool should be, “How does this benefit the company?”

Predictive analytics has an answer for that question: growing revenue through refined opportunity scoring.

The Value of Opportunity Scoring

Opportunity scoring involves assigning a value to a sales lead, project, goal, or other potential course of action in order to determine how much relative effort to spend in pursuit of that opportunity.

Scoring opportunities allows a company to get a greater return on their time and money. No company can put the same investment into every customer or chance that crosses their path.

They shouldn’t even try. 80% of revenue comes from 20% of clients, so it makes sense to prioritize that 20%.

It’s something every business does, even if there isn’t a standardized process in place. High value sales leads are called frequently, given more flexibility with concessions, and assigned better sales representatives.

The trick is deciding what opportunities have the most potential- and that’s where predictive analytics come into play.

Two main types of opportunity scoring methods are in widespread use today: those that are done manually and those that take advantage of machine learning.

Manual scoring is where people assign scores, either personally or using a statistical model, based on their own set of influential characteristics.

There are a number of problems with this method that can slow businesses down or leave them with unreliable scores.

Opportunity scoring is incredibly valuable- when it’s reliable. Manual scores have a wide margin of error. They depend on direct user input with no ability to suggest other relevant factors.

The problem with this approach is that executives can’t realistically imagine or keep track of everything that might influence their company.

There’s too much data to consider, and it changes constantly. All manual opportunity scoring is therefore based on aging, less useful data. On top of that, it’s easy to make mathematical mistakes even with a computer program’s assistance.

Because users choose and weigh the contributing factors, manual scoring is highly susceptible to human bias.

Preconceptions about social categories, personal characteristics, industrial domains, and other identifying factors can be given too much (or too little) weight. It allows for unhelpful biases to be introduced into the sales cycle.

Most of the time the result is simply less helpful scores, but it does occasionally create a public relations issue if the scoring system leads to operational discrimination.

For example, some real estate brokers have run into a problem where one racial group wasn’t shown houses in a certain area. The company’s scoring suggested those groups were less likely to buy there.

The realtors thought they were following good business practices by relying on their internal customer scoring, but those scores were skewed by biases about economic stability rather than actual data.

When the situation came to light it created a public impression that the realtors had the same bias. Suddenly they had bigger worries than opportunity scoring.

Creating and maintaining a manual scoring process takes a significant chunk of time. It’s not a system that responds well or quickly to change.

That’s a problem in today’s hyper-connected world, where an event in the morning could start influencing sales across the country that afternoon. Opportunities wind up passing before they’re even recognized.

Not everyone remembers to consider “hidden costs” of ineffective processes, like higher labor.

Tedious data entry takes time and focus away from more productive sales activities without a corresponding return on value due to the lower accuracy.

It’s not uncommon for teams to resist wasting time they could be working leads. They don’t like putting their commissions at risk with bad information, but still need some kind of guidance to help manage their lead interactions.

More often than not, they operate with outdated scores or “gut instincts”. That in turn frustrates managers who have invested in the inefficient manual scoring process.

The conflicting pressures create an uncomfortable working environment that drives unwanted turnover among the most valuable sales agents.

Even the most sophisticated manual scoring program can only account for things that have been specifically input into the equations.

They require humans to think of and assign value to every possible factor. This tends to enforce a “business as usual” mindset over more profitable responsive operations.

On the flip side, predictive opportunity scoring is among the leading AI-based drivers of revenue in an enterprise context. It has the edge over other methods in several areas.

There are two central reasons behind the higher reliability of intelligent scoring. First and foremost, it reduces the impact of human error.

Machine learning algorithms perform calculations the same way every time. Even as they adjust themselves in response to new data, the underlying math is more reliable than calculations done by humans.

It’s also important that predictive analytics is purely data-driven rather than focusing on “traditional knowledge” about what makes an opportunity valuable.

Predictive analytics leverages that capacity to identify characteristics shared by highly productive courses of action. Those commonalities are then used to weigh future opportunities with a greater degree of accuracy.

They highlight opportunities in time for companies to take action. Advance warning also leads to better advance planning when it comes to inventory, staffing, and marketing.

Intelligent scoring tools react to actual circumstances based on data instead of presumptions. They consider all data available for a situation from an impartial standpoint (providing, of course, that any developer bias is accounted for during design).

The majority of enterprise analytics software is designed to be user-friendly and easy to operate. It connects to a company’s data sources, meaning there’s usually very little data entry required. This frees the sales team to focus on their accounts and other high value activities.

Predictive opportunity scoring is backed by sound theory. The practical benefits are just as solid, with several applications proving their enterprise value today:

There’s a saying that 80% of revenue comes from 20% of clients. Lead scoring helps identify that 20% so sales teams can focus on the most valuable customers.

Agents close more contract- and higher value ones- when they know where to profitably spend their time rather than chasing a weak prospect for a low bid.

Intelligent lead scoring is a dynamic process, meaning it regularly reevaluates leads based on changing circumstances.

A client marked as a low priority lead moves up as indicators show rising interest. Agents then step in at the right point in the purchase cycle with a targeted incentive to encourage a sale (or even an upsell).

Customized attention has the added benefit of increasing repeat business, because former clients aren’t bombarded with high-pressure closing tactics when they aren’t ready to buy again.

When executives know where advertising has the most potential impact, they have more options for strategic spending.

Specific demographics can be targeted with tailored campaigns to increase their lifetime value, keep them from falling out of the sales cycle, or meet another specific business goal.

Information can travel around the world near-instantly, but inventory still has to be physically moved.

That puts a natural drag on rearranging supply levels in different regions - and with it, a cap on how much companies can exploit regional fluctuations in demand.

This causes lower sales in general, but the effect is most striking during an unexpected surge in demand.

Predictive analytics can spot early indicators of a potential spike while excitement is still building.

Executives have the warning necessary to shift goods and team members where they’re needed most. Amazon uses this method to stage their merchandise for faster shipping of commonly ordered items.

Predictive analytics and opportunity scoring are useful here as well, answering questions like:

There’s no guarantee that any course of action is the best, but incorporating data cuts out many of the risk factors that lead to failure (such as hype over new technology or personal bias).

At the end of the day, data is only valuable when it serves real-world business goals.

Opportunity scoring is one of the most proven ways to extract value from data. It’s also one of the most accessible, since embedded analytics are built into the majority of modern enterprise software.

With so much to gain at a relatively low investment point, those who haven’t adopted yet should be giving predictive analytics a closer look.

Are you frustrated by trying to navigate multiple streams of data? One of the most common pain points of data intelligence initiatives is reconciling data from the enterprise software used by different departments. Concepta can unite data from programs like Salesforce, MailChimp, and other analytics programs to put data where it’s needed most- in your hands! 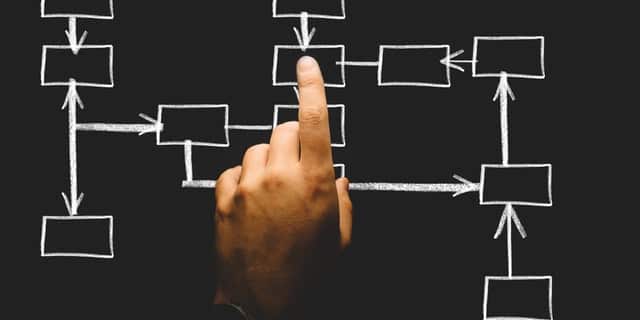 Should You Build Your Own Software or Buy Off The Shelf? 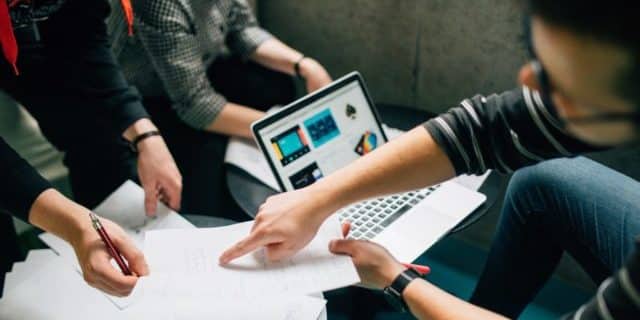 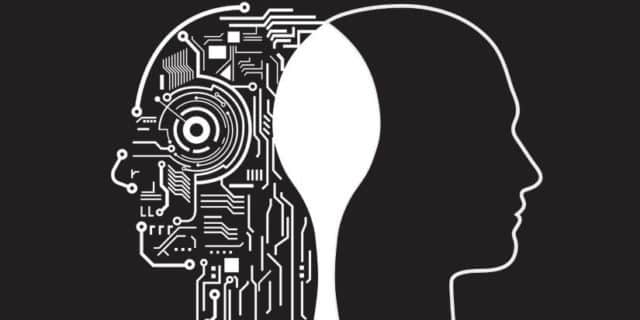 How Your Company Can Prepare for the Coming AI Revolution