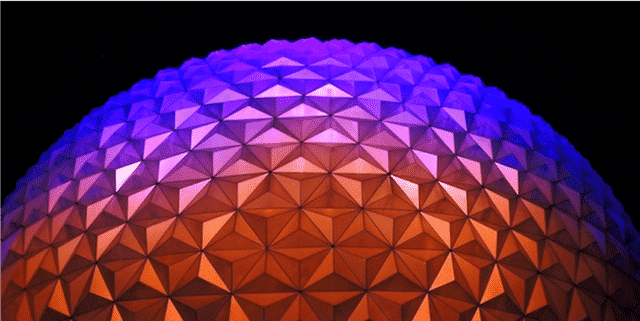 I want to talk about a tech entrepreneur who isn’t around anymore. He had a tech company and loved to tell stories. His first real viable product, his MVP, was that guy:

90 years ago a guy named Walt Disney came up with that guy. He was a true visionary. The interesting thing about Disney was that he made that success through animation, he made it through the parks, but he had a bigger vision. The epicenter of what he wanted to build was called Epcot. It certainly wasn’t the Epcot of today. It was the experimental prototype community of tomorrow.

Think back to the mid-60s. There were riots, cities were kind of falling apart, there was racial strife, there was economic strife. Walt Disney wanted to create something significant to give to the world.

That was in October of 1966, and unfortunately in December of 1966 he died. All that inertia, that energy, fell by the wayside, and the company didn’t know how to follow his dream which is how we ended up with the Epcot we have today.

The biggest things Walt cared about came down to basic needs. He wanted to disrupt how we distribute basic needs. That’s what he was trying to do with Epcot - and 52 years after he died, technology is finally catching up with the visionary things he wanted to do back then.

Over a billion people on the planet are housing insecure or homeless. ICON, a company out of Texas built this house in 24 hours for $10,000 dollars, and it’s a three room home. ICON thinks it can get the price down to $4,000.

For comparison, the Commission on Homelessness did a study about what it costs to leave a homeless person on the streets and they found it’s over $30,000. Putting them in an assisted living costs $12,000 a year. Now these homes could be $4,000 plus upkeep.

The amount of sun that hits the Earth in one day is ten times more than humanity uses in a year.

We’re only a few Moore’s Law doublings away from solar energy becoming a major player, and once we it’s cheaper to plug in than fuel up people are going to buy in on a larger scale. I think we’re close to that tipping point.

People say water is scarce, but two thirds of the planet is covered in water. We don’t have a water issue, we have a salt issue. Guess what gets rid of the salt? Energy.

We already have desalination technology, in fact there’s a new low-energy desalination process coming out of MIT. People think it’s expensive, but it’s not if you have abundant energy and energy is on its way.

The other thing Disney really wanted to tackle, especially back in the 60s, was transportation. Google and GM are launching autonomous fleets next year. We’re almost there on a technology side. Now it’s about our safety and comfort levels and public policy.

Disney’s dream of the monorail is being realized in Hyperloop, which can run from Orlando to Miami in 26 minutes. Once that’s finished you’ll be able to take your autonomous car to the Hyperloop and be safe as safe can be.

Looking a little further, Space X’s Big Falcon Rocket is promising travel to anywhere in the world in less than an hour.

Companies are putting up constellations of satellites to provide- instead of hard wired internet access- global satellite-based Wi-Fi. Your phone work as well at home or in Antarctica. This is more than a convenience.

Half of the world doesn’t have internet access. That’s the digital divide we talked about back in 2000. We have it today, and it’s the developed world versus everyone else.

Imagine if you brought 4 million new minds - customers - onto this global platform. Imagine the problems they could solve and the things they could learn.

These technologies aren’t in the distant future. They’re all projected within the next 5-7 years, and they’re going to converge with each other to change how we distribute resources.

That was what Walt Disney recognized, that through technology we really live in an abundant world. We’re not suffering from a lack of land, we’re suffering from an inability to distribute.

For me that’s the most exciting possibility created by these disruptive technologies: having a connected world where we’re all sharing and listening to each other (or at least learning more).

Is your company positioned to take advantage of market-disrupting technologies as they mature? Set up a free consultation to evaluate your digital strategy and prepare for the world of tomorrow!