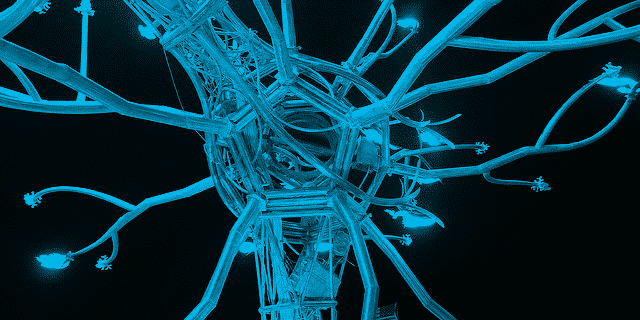 What's the Difference Between Machine Learning and Neural Networks?

Artificial intelligence, machine learning, neural networks - these terms are used together so often that they run together. Differentiating them from each other can be confusing for executives who are just trying to explore the business applications of AI. So what’s the difference? Machine learning and neural networks are separated by both application and scale.

Machine learning is a field of Artificial Intelligence concerned with training algorithms to interpret large amounts of data with as little human guidance as possible. The algorithms process data, then use what they “learned” from those calculations to adjust themselves in order to make better decisions on the next batch of data.

There are two general types of machine learning. In supervised learning, an algorithm is fed a selection of labelled data for training purposes. It’s used to find known patterns within unknown data. One application would be identifying human faces in a batch of photos.

Under unsupervised learning, an algorithm gets no labelled training data and is only told whether an outcome is desirable or not. This method is best used to spot unknown patterns in known data. For example, unsupervised learning can find common characteristics in customers of a certain store that would guide marketing decisions.

An artificial neural network is technically called an ANN to differentiate it from human biology, but most of the time it’s casually referred to as a neural network. It’s a network of algorithms that allows a computer to process data similarly to how a brain would.

Neural networks are arranged in layers of computational units (like neurons). Each connects with the layers before and after. Because they’re influenced by neighboring layers neural networks can learn in a non-linear fashion.

In practice neural networks can be used for many the same sorts of tasks where machine learning is a good fit. That includes:

A typical “feed forward” neural network, where data flows in one direction, has three main parts.

Hidden Layer: This layer applies a specific rule which changes as the network “learns”. It isn’t an input or output layer; rather, it’s a filter or distillation layer. Most neural networks has multiple hidden layers. Each has its own distinct rule which it applies before sending the signal on, and each serves as the “input layer” for the next layer in line.

Output Layer: Here’s where the “results” or conclusions from the collective calculations are provided.

Where the Difference Lies

Neural networks do have advantages over other machine learning methods. They’re well-suited for generalization and finding unseen patterns. There are no preconceptions about the input and how it should be arranged, which is a problem with supervised learning. Also, neural networks excel at learning non-linear rules and defining complex relationships between data.

Machine learning has only recently established its value to business, and neural networks are still being developed. That said, they’re the closest machines have come to mimicking the level of flexible thinking humans possess. It should be exciting to see how far this technology goes and where it leads the business intelligence world.

Machine learning-powered enterprise analytics are becoming a core facet of business intelligence. Sometimes, though, juggling data feeds from various software can be more distracting than helpful. Concepta specializes in building customizable dashboards that unite analytics streams to put your data where you need it, when you want it. Set up your free consultation to find out how!